JUDGING OF THE INTERNATIONAL BUSINESS AWARDS IN UK AND FRANCE

By Agung Wicaksono July 16, 2020
Welcome Agung Wicaksono, SP., M.Sc,
Thank you for participating in judging of The 2020 International Business Awards. The first thing we'd like you to do is to Tweet about your participation in the judging process, to help spread the word to your friends and followers. You have committed to review and rate a minimum of 50 entries through 31 August. Please begin immediately. 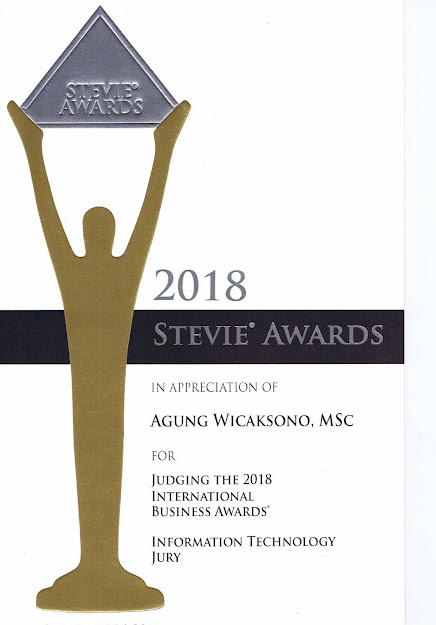 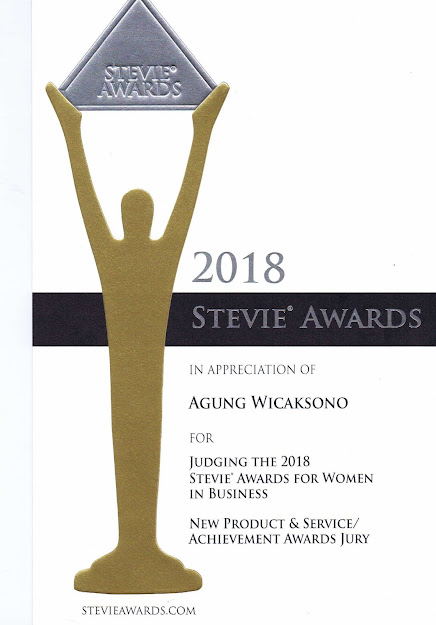 If you rate 75 or more entries, you'll be entered in a drawing from which two judges will be chosen at random to receive $1,000.  The judging web site is open 24 hours a day. You may review and score the entries in the categories assigned to you, at your convenience, by returning to this judging web site through 31 August. 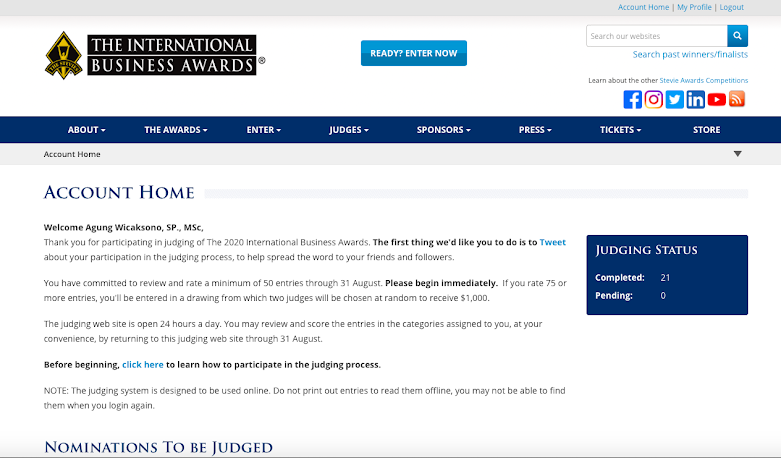 More than 1,000 professionals worldwide participate in Stevie® Awards judging each year.   Many judges are invited by Stevie Awards staff, while others apply to judge through our open application form.  Their applications are reviewed by Stevie Awards staff, and if accepted are assigned to a jury based on their industry, function, and experience. Judging of entries is conducted during a window of anywhere from one week to two months, depending on the competition, by judging committees or juries focused on the main category groups.  Typically each committee has 10-20 members.
Judges’ average scores determine the Stevie Award winners.  Every category in which there is at least one nomination with a final average score of at least 7.25 out of a possible 10 will have a Gold Stevie Award winner.  Otherwise, the nomination with the highest average score in a category will win the Gold Stevie Award trophy in that category.  Every other nomination in the category with an average of at least 8.0 will win a Silver Stevie Award medal.
Other nominations with an average score of at least 7.25 will win Bronze Stevie Award medals. During judging, each entry is reviewed and rated by no fewer than five (5) judges. All entries are viewed and rated at the judges' convenience over the Internet. Rating is done on a scale of 1-10. All judges' comments on entries will be available in entrants' entry-submission accounts when Stevie Award winners are announced. The veracity of claims made in winning entries may be audited.  Any entry found to contain false or misleading information will be disqualified.
As a judge you will learn how other organizations and individuals are achieving success and confronting challenges, you'll receive a certificate of appreciation suitable for framing, and you'll have an opportunity to win two free tickets to one of our awards banquets. Learn more about each program's judging process:
The American Business Awards® The Asia-Pacific Stevie Awards The German Stevie Awards The International Business Awards® The Stevie Awards for Great Employers The Stevie Awards for Sales & Customer Service The Stevie Awards for Women in Business The Middle East Stevie Awards