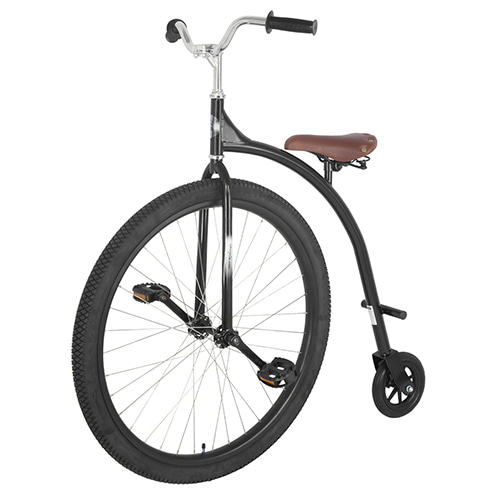 As a bicycle touring destination, Korea is still largely off the radar of many Western tourists.  This is changing as cyclists discover the comprehensive network of riverside cycle trails and endless options for backroad biking.  Now’s the time to visit, before crowds of two-wheeled travelers find out about Asia’s best-kept secret. In spite of heavy urbanization, it’s surprisingly easy to find tranquil spots in Korea.
Mountains cover 70% of the country’s land mass, making it one of the most mountainous regions in the world.  The population is concentrated in major urban centers such as Seoul and Busan, leaving much of the countryside delightfully empty.  Korea is sure to please every type of cyclist.  Those who want to take it easy can stick to the 1,745 kilometers of long-distance cycle paths.
Korea’s far north offers endless opportunities for cyclists who love the challenge of switchbacks and steep climbs. If semi-tropical islands are more your style, hop on a ferry to Jeju and circumnavigate the island following the serene coastal cycle paths. 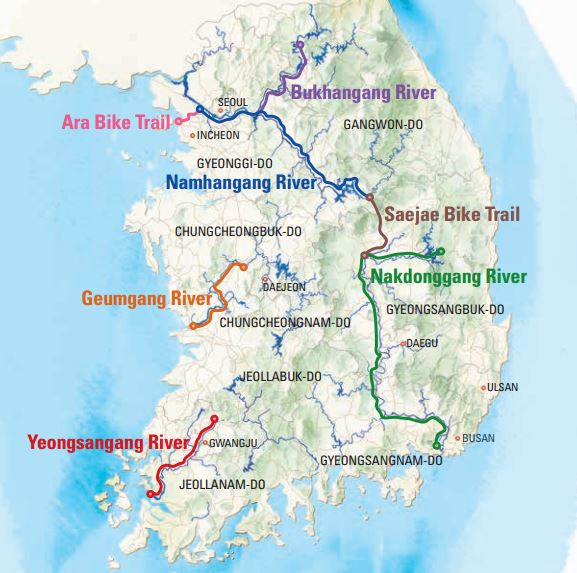 Korea’s most popular cycling route is the 640 kilometer ride between Seoul and Busan following the Nakdonggang, and Hanggang Rivers. The entire ride is on dedicated cycle paths or quiet country roads.  The route is well signposted and there is little chance of getting lost.  The Korean Tourism Organization publishes excellent maps which point out key attractions, national landmarks and historical sites.
The river cycle paths are flat for the most part, but there are a few points where the route goes inland over some hilly terrain.  In some cases there are two options: a challenging MTB option and an easier road option. The highest point on the ride between Seoul and Busan is just 500 meters.  This is a world-class bicycle trail offering tranquil rural scenery and one splendid vista after another.
Along the way, there are many K-Water informational centers where you can use free Wi-Fi and relax in beautiful surroundings. Camping is easy along the cycle routes, while finding hotels, restaurants and grocery stores is a little tricky.  In most cases ,you will have to leave the cycle path and go into a nearby town for services.
Korea is not a bargain destination like Southeast Asian countries such as Thailand and Malaysia. Costs are moderate in the countryside but can be pretty high in big cities.  Luckily, entrance to National Parks is free as are visits to many temples and museums.
A cheap meal will set you back around $4-6.  A bed in a hostel costs around $10 and a cheap hotel room in the provinces can be found for $30 – $40. You could probably find and AirBnB for around $20.  If you stick to basic accommodation and simple restaurants, $40 per day should be plenty.
Transportation is much less expensive than in Europe or the US.  You can get an express bus from Seoul to Busan for around $35.  We spent an average of $15 per day for two.  We did not go to restaurants or pay for accommodation.  This sum was almost entirely for food.