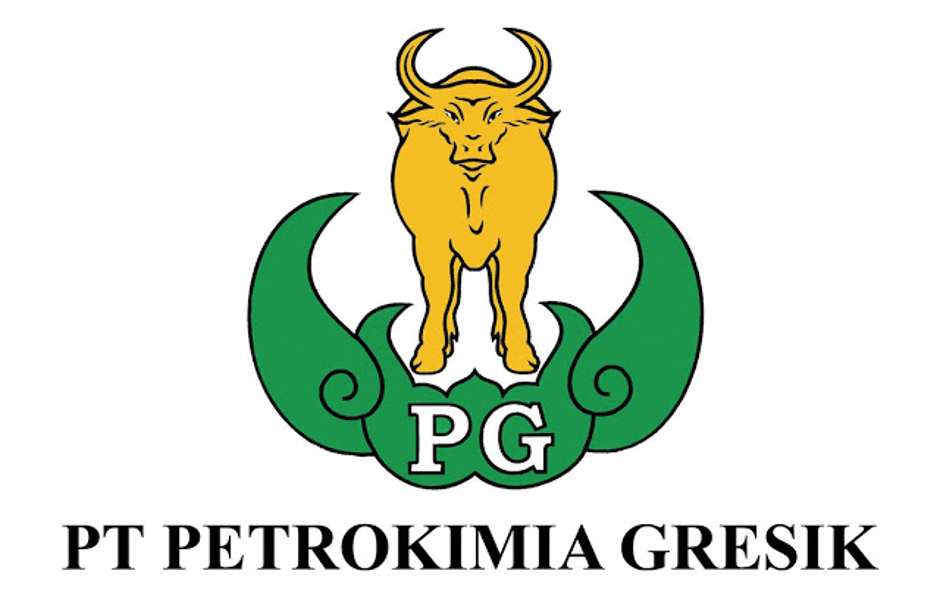 Who do not know the pkg? Petrokimia Gresik is one of the company located in Gresik city of Industry, state-owned enterprises and the future is assured, top. But yes the entry is of course not easy, hehe.

This petrochemical open in November 2015, we fill the biodata us in his web and lengkapin you, if passed the file selection will be invited for the Academic test. I took the test locations at the University of Brawijaya, Malang where I studied for 3 years 4 months hehe. Actually I joined just adds to the experience because I got a scholarship S2 KGSP in Korea, so while waiting to depart I join the register work create adds experience, this is the series of stages of selection The test of this academic content is the matter around the Farm, many questions about the biochemistry and physiology of plants, there are some problems the theory is very basic, it is still associated with fertilizers and there is also the matter that if disodorin because now also I am not sure can work. Fitting work for this I surrender, do not learn anything other than the process of making fertilizer that night, and a fitting test all about itungan super long I don't have to do, I just work in theory,but it is passable, kalo ga salah because there are 60 and about 40 is indeed a theory. Resignedly, the results of the Academic test out that day also.

Thank god, I still escaped from the Academic test. Who pass the academic test is really the same contrast as the beginning, something my 60's, from 300 test in the morning. Then I was told to psychotest and interview the psychologist a few days later.

-Some sort of LANDFILL

-Look for the same image

-Picture Of A Tree

Interview a Psychologist this brief really, not nyampe 10 minutes, which was asked :

-Why did you choose to petrochemical?

-You ever so assistant? piye is it?

-Why should I choose you? I just got a IPKnya 3.8 interview me.

-You sure you can be successful in the petrochemical industry?

-Never mimpin what have you?

Already. I interview psychologist emang ga in, I think his psychologist already know the characters of people from all point of view. Finished. Home.

Thank god I escaped again this stage, Believe it or not, waiting for SOE it is quite long really, and petro one of them. The announcement of the results of the psychological test and interview just came out the end of February 2016, 2 months of existing tests, and the result? I escaped, but I could not come because it was time to depart to korea. But then,how else, kudu ikhlas :"

If she's actually going to medical and user interviews in Gresik, there are 20's that qualify at this stage of the se-Indonesia. If qualified, again be advanced to the Interview the board of Directors.

By Agung Wicaksono July 04, 2017
This time I will share the experience to apply for this Scholarship StuNed when I did a research report in the Ministry of Planning and National Development some friends talking about this scholarship, I'm not interested anyway originally because again onfire in the ministry of hehe, but because there will be a rapture of the echelon and one of the conditions already experienced of course,   in addition it must be at least Master's or Doctoral then I idly tried to register StuNed {anyways pendaftaranya online and no interview so not take a lot of time living summit file "sorted out" after that just wait for the announcement of the point of registration only see files and achievements /experience applicants} registration opens every year, every April 1 deadline and opened on 5 February if not mistaken. keep in mind that the intake of tuition for scholarships is Between the months of August to november of the same year and only on the campus of the Netherlands or the Ne
18 comments
Read more

By Agung Wicaksono July 12, 2017
This paper is a personal experience in penetrating scholarship Australia Awards Scholarship. Currently I'm working in the Ministry of Planning and National Development of the Republic of Indonesia, well I really enjoy working here and a lot of knowledge and experience gained but basically I am from high SCHOOL want to work in the Industry but at the moment it is not yet opened recruitment of prospective employees yasudah I in the ministry of hehe.    Actually out passed the S1 I am confused want to pursue Master Degree or to Work first, and there is a chance to get a scholarship KGSP from the South Korean government.  The desire to school Abroad are still very large but a lot of the reason why I must remain sedentary while in Indonesia for the moment hehe.   I have to get Unconditional LoA (Letter of Acceptance) from The Australian National University, Auckland University of Technology, the University of Adelaide. Because of his schedule coincided be StuNed Scholarship then I a
4 comments
Read more

By Agung Wicaksono July 05, 2017
Assessment Overview technical online LPDP     Based on information from the breast MILK of an institution partner of the LPDP, a general overview of the implementation of the assessment online is that the participants will be given 24 hours and the test will take 30 – 60 minutes. Then to be additional notes that the types of test in assessment online this is a psychology test. For those who have never get to experience the psychological tests it will be very confused and will be wondering how the technical implementation yes?   I will try to share my experience about psychological tests online, where the current I following the selection of part-time employment in Korea in the NGO Tunza Eco-generation under the auspices of The United Nations Environment Programme (UNEP) in the year 2015 and up on the stage of the test. To make it easier I will itemize the parts and will associate with the selection of LPDP, the difference may be in terms of the language used   Get link assessment onl
Post a Comment
Read more

TO APPLY FOR THIS SCHOLARSHIP THE NETHERLANDS

By Agung Wicaksono January 07, 2018
Armed with information from friends, I searched more deeply for all the information about S3 in the Netherlands. After reading and sorting through many websites, articles, I finally made my choice to the Wageningen University and Research (WUR) Environmental Sciences program.   For scholarship S3 to the netherlands there are several options, including the Netherlands Fellowship Programmes (NFP) and Stuned. But both these scholarships require the applicants to get a LoA from one of the universities in the Netherlands.   Next. I immediately set up the file to register to the WUR on the sidelines preparing files for Hungarian. Actually the time of registration given by the university is quite long, however the time of registration restricted to applicants who want to apply for this scholarship, especially scholarship that NFP must first obtain a sort of invitation from the WUR to apply for this scholarship.   Documents required it turns out it's a little complicated. don't need
5 comments
Read more

By Agung Wicaksono December 26, 2017
Hello this time I want to share the experience of enrolling in PT. PETROSIDA Gresik which is a subsidiary of PT. PETROKIMIA GRESIK. A when in groub force and MARKETING department during S1 at the University of Brawijaya, suddenly a friend of my classmate gave me information that This again recruitment, he gave me information if recruitment is done online many date health certificate, CV or curriculum vitae, Scanned diploma, scanned transcript grades, Toefl or English language proficiency of at least 450, the Accreditation of campus of a minimum of A. That time I was not interested because still on fire in the ministry and again nyusun conference for thesis I in Korea hehe. Incidentally I got a scholarship to KGSP or the Korean Government Scholarship Programme of the Korean government, are not bound anyway if already passed back to Indonesia please, if you want to work in Korea in facilitation, pengenya the hell of working in abroad because the culture of his awful, wa
1 comment
Read more

By Agung Wicaksono December 15, 2020
On our anniversary, I want you to know how much I’ve enjoyed annoying you all this time & how excited I am to keep doing so in the future.  It‘s been one year does not feel that the time we have spent together, good love and grief. I wish our relationship up to year to year remain good like this and until we grow old, we were always together. I hope this wonderful relations maintained continued till the end of our lives. Happy anniversary to the person who gave me the greatest gift of all time—eternal love and our beautiful children.  The fifteenth of December 2019, we celebrate the best decision you’ve ever made—making me your husband and the father of your kids. September 2020, Our baby boy, Hiroyuki Kenzou Aylmer Wicaksono, was born in Surakarta, a city in the centre of Java. Having a child is extremely exciting, and you should show that off, Everyone understands how busy it is being parents, only include what you are comfortable including, and remember to have fun with taking p
Post a Comment
Read more

MAWAPRES, ARE YOU BRAVE ENOUGH?

By Agung Wicaksono May 05, 2017
There is a lot of speculation that diverse out there when I discuss or accidentally hear about the Student Beprestasi (Students). Some time ago when I was sitting enjoying the cuisine nasi padang around UB, there are some students sitting next to me said more or less like this, "Uh, he said you want the list of students? don't know, I think it is difficult dah). Fear similar was also experienced by many other students as I several times invited to fill a workshop or discussion for students. This suddenly reminded me of the "stuttering" I used at the time of the beginning of the following students. When that's the mindset that I had in mind is a student only to the student "exclusive" with a GPA of 4.0, active, and win a race here and there.  I feel I am not a group of students like that and may not yet be ready to engage in that competition (plus, what yes agriculture student like me could side by side with medical students, HI, law, etc.?). Especially
Post a Comment
Read more

By Agung Wicaksono July 08, 2017
Some time later I got a few questions and also invited to some sessions or seminars for sharing about the competition Mapres (Mahasiswa Berprestasi), about time management, tips for scientific presentation and related mapres other. At the same time, because it had begun to work full-time in ministry, not all of the sharing session I can go, especially on weekdays.   here may be never flicked that people who come Mapres is a person who `ambi` (although I often fail to understand why the word ambi or ambitious often has a negative connotation for many people of Indonesia at least that I encountered) and seems not to care about the environment. In fact the word Ambitious own (According to KBBI) means strives hard to achieve a goal or hope. There is no element of violence or violation of the rights of others in the word who is called ambitious. Click here   Therefore, this paper I wrote for sharing your experience and perspective on mapres and why a student join the competition achieving
Post a Comment
Read more